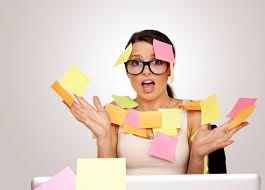 Have you ever stopped and wondered about  what all you have to do each and every day? When was the last time you did something that you enjoy and actually enjoyed it? Don't you also think about the time when you used to be fit, active, slim, used to exercise, look good and feel good about yourself?

Often when you look at yourself now,you are clouded with negative thoughts about yourself. You wonder, "Where has all the time gone? Will it ever come back? Have I become less attractive than before? Why am I putting on weight? What can I do about it? Will I be able to do something about it?" or perhaps, you have just one thought," let it be..who cares".

Women are increasingly becoming more and more susceptible to hormonal imbalances and weight issues. Being overweight not only impacts their physical appearance, but psychological and emotional well-being as well. At some point or the other, all women have gone through this feeling of low self-esteem and a certain amount of dislike for themselves because of how they look. This is becoming increasingly common with married women. 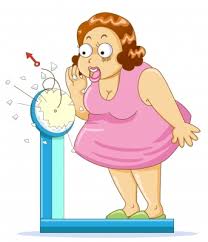 Here's why women are increasingly putting on weight and feeling depressed :

Responsibilities : We are modern, but not modern enough to understand that taking care of the house is not a woman's job only! The age old belief that women have to don multiple hats and discharge their duties as mothers, wives, daughter, daughters-in-law is still largely prevalent. Thus, leaving women with lesser and lesser time for themselves. With the advancement in age and the roles that women have to play, their 'me time' is heavily compromised. Many times, even if alternatives are available, women are left with little or no motivation to make that extra effort for themselves.

Duty to others greater than duty to ourselves: Sadly, that's what we women feel and this belief is deep-seated and strong. That's the belief we grow up with and nurture it all throughout. The mere fact that we need time off for ourselves, simply becomes an act of selfishness. Who wants to be called selfish right? So, we let go of the duty that we have towards ourselves and continue doing things for the betterment of others. This holds true not only for married women, but  single and working women as well. After all, in all spheres,others are always before us.

Neglecting the self: Due to the above mentioned situations, it is obvious that women end up neglecting themselves so much that they don't even realise that their bodies are getting affected. By the time they realise,their weight is through the roof,their self-image and self esteem takes a hit and a strong feeling of helplessness and depression sets in.

Poor emotional health: Not being able to take out time for ourselves, is not going to take us too far and in most cases it doesn't. Whether we are single, working, married, studying etc we need to be the center of our own universe. Being unfair to ourselves, is not a long term healthy practice and weight and other issues are a big price to pay for it. Long term emotional disturbances also wreak havoc on the mind and consequently the body. These days it's the poor emotional health leading to poor 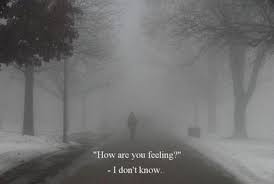 So, here's what women should do:

Respect yourself and your needs: It's really not that difficult as it seems. We have programmed ourselves to ignore our own thoughts, emotions and needs so much that the idea of respecting them seems distant. It's about time that we start listening to ourselves and paying attention to what we need in terms of  eating on time, rest, exercise, free time, pursuing a hobby, communication etc. If you respect and care for yourself, only then will others do the same. Otherwise, we all end up with that horrible 'taken for granted feeling.'

Communicate: The more women I meet, the more I find that they are unable to communicate with their partners or people around them. Lack of communication builds up frustration and anger which ultimately starts, disrupting the body's natural rhythm. Low mood, anger, frustration takes away our appetite, sleep and motivation.

Sleep: Women need to sleep and that too well! If you are facing difficulty in sleeping or are waking up in the middle of the night and it's been going on for a long time; it's about time you consulted a therapist. 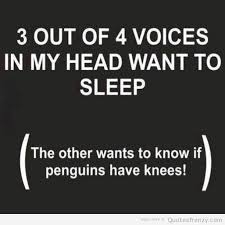 Eat on time: It's sad to know that we find it convenient to let go off our food and timings for our family and other errands. And that's one of the major reasons why we end up putting on weight in the first place.

Do the things that you love: Yes, we have responsibilities and duties. But believe me, even having 15 mins to yourself and doing something that you enjoy, is a great stress buster! I'm sure we can manage that much at least!
Let not the numbers on the scale get the better of you! Numbers don't define you. You define the numbers. 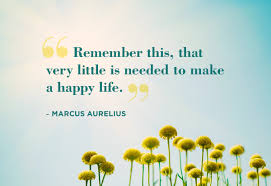 Counselling : A taboo (that it isn't!)

One of my closest friends,has been avoiding me for quite a while. Not because we had a tiff.But,she has been very distressed lately.She went through a bad break-up and is finding it difficult to get back on track.To her, the world seems the worst place to be in right now.
But she isn’t talking to anyone.She has become very cranky and irritable. The days when she finds herself amidst broken sleep,she just takes some medicine and gets by the night.

Sadly,those nights are increasing. Sometimes,she starts crying for no apparent reason.
And I am worried. I am worried for many more such people,who get bogged down by life and find it difficult to get back up.
Life is moving so fast that we don't even realize that we are getting caught up in a web.
A web consisting of demands, commitments, responsibilities; and a multitude of events that constitute our daily routine.
Without any conscious effort, we start hoarding of a lot of unwanted and unwelcome thoughts, emotions and actions. These in turn, …
Read more

July 04, 2018
What does it really mean to have a well-spent life? We spend our whole lives in trying to decipher the meaning behind our simple yet complex lives and even then, are left with unanswered questions.

We're always trying to define our lives in heavy terminologies like passion, meaning, quest, essence etc and yet, are not quite able to.

That's all that there is to life..isn't it? and many battles are lost because we couldn't decide which essential to fight for and when and most importantly, how.

Essential number 3 is ideally what we all keep striving for. This essential is what makes the journey that much more difficult.

At different times one essential will take precedence over the other. Sometimes, you have to give yourself up for the sake of 'your' others. And at times, you will have to put yourself forward -at the …
Read more 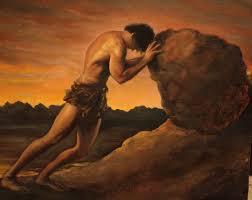 “Hey!Hey!what are you doing? Do I look likea beach or waterfall to you that you’re conveniently taking pictures?”


“Oops! Sorry buddy!I didn’t mean to offend you. But you were so engrossed in your task,that I didn’t want to disturb you either.By the way, I’m ME and you are...?”
Sisyphus looked at me quizzically.He must be thinking I’m crazy or something.”I’m Sisyphus”.
“Nice to meet you Sir.That’s a pretty tough job you have there.” I pointed to the big boulder that was lying beside him.”So,what exactly do you do?”I asked.
I guess,I had offended him quite a bit with that question.He just stood there with his hands crossed in front of his chest and stared at me with narrowed eyes.
“Nothing of consequence to you.Now, if you’re done with your sight-seeing,I’d like to go back to relive my curse.” He was agitated.
“Curse?” I was puzzled.”What do you mean?”,I asked.
“Do you mind leaving me alone Mister? As you can see,I don’t have all the time in the world that I can spend frolicking around! I have…
Read more